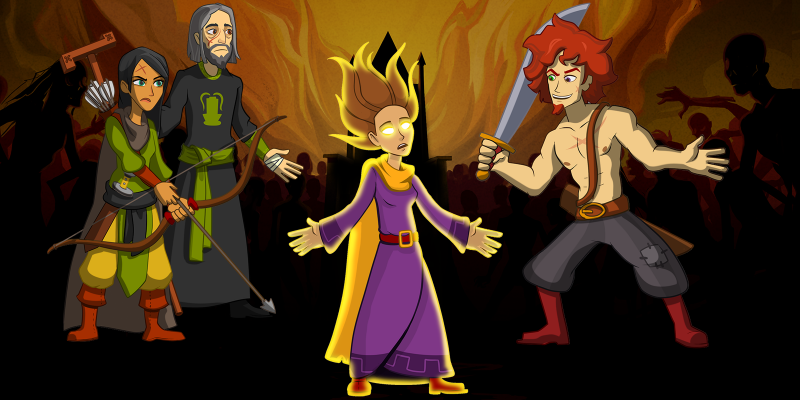 Defender's Quest HD now has a public demo. It's not 100% polished as of today, so I'm not going to put this out on the newsletter or give it much more than the laziest amount of attention I can, but I do want to get this out so that people can see what we've been working on.

This build covers the same amount of content as the original Defender's Quest: Valley of the Forgotten demo, encompassing the first two acts and introducing the first four characters.

Right now I'm just trying to get some initial feedback on this and clean up all the immediate issues and start slow-rolling our momentum as we look to full release in the near future. I'm not contacting any journalists or youtubers directly just yet because I still want to improve this demo, but I guess some of you reading this might fit that description anyway, so:

if you want to write or record something about this demo, we kindly ask that you notify your audience that this is still a preliminary build and we will be making significant improvements before final release! :)

You can find the latest Mac/Windows/Linux builds in this shared google drive folder:

If you find a bug, report it here:
https://github.com/larsiusprime/tdrpg-bugs

Please be aware of these limitations:

Onwards and Upwards Too much stuff to summarize