Some people wanted some clarification of how we're doing with Defender's Quest 2, and when they would get Alpha/Beta access.

Here's a high-level overview of the release plan for the Defender's Quest: Valley of the Forgotten HD re-release and its sequel, Defender's Quest 2: Mists of Ruin. Each of these milestones is linked on our github issue tracking repository, tdrpg-bugs, which we use to power our automated progress tracker, which updates whenever we check something off of our to-do list.

So as you can see, my main job is working on the new engine, meanwhile we have our story, art, and design people doing pre-production for DQ2 (which we're nearly done with), and a separate small team getting DQ1HD art upgrades finished.

As of this writing we're working on (but not quite finished with) milestone 2, which will be completed when the DQ2 engine is done. (Obviously if you're reading this months from now you should just check the progress tracker).

We're going ahead and giving Alpha backers access right now, so if you are an alpha backer feel free to PM me on the forums with your email address and I'll set you up - the process is unfortunately a bit manual but works well enough. We've also finally got automated builds set up to track my progress, and when all the kinks are worked out we'll have them compiling nightly.

If you find any problems (like bugs!) with the builds, feel free to report them directly on tdrpg-bugs. I have a huge backlog so it will take me some time to clear them all, but this is the #1 best place for them as it's also my master to-do list for general game development.

I've got a huge backlog of DQ2 art and story material built up, by the way, but I'm going to wait until after GDC to drop that.

If you follow me on twitter you'll know I talk a lot about Haxe and OpenFL, the technologies that power the DQ2 engine. Some of you have been asking whether Defender's Quest HD and DQ2 will be coming to home consoles.

The answer is still officially "maybe", but... 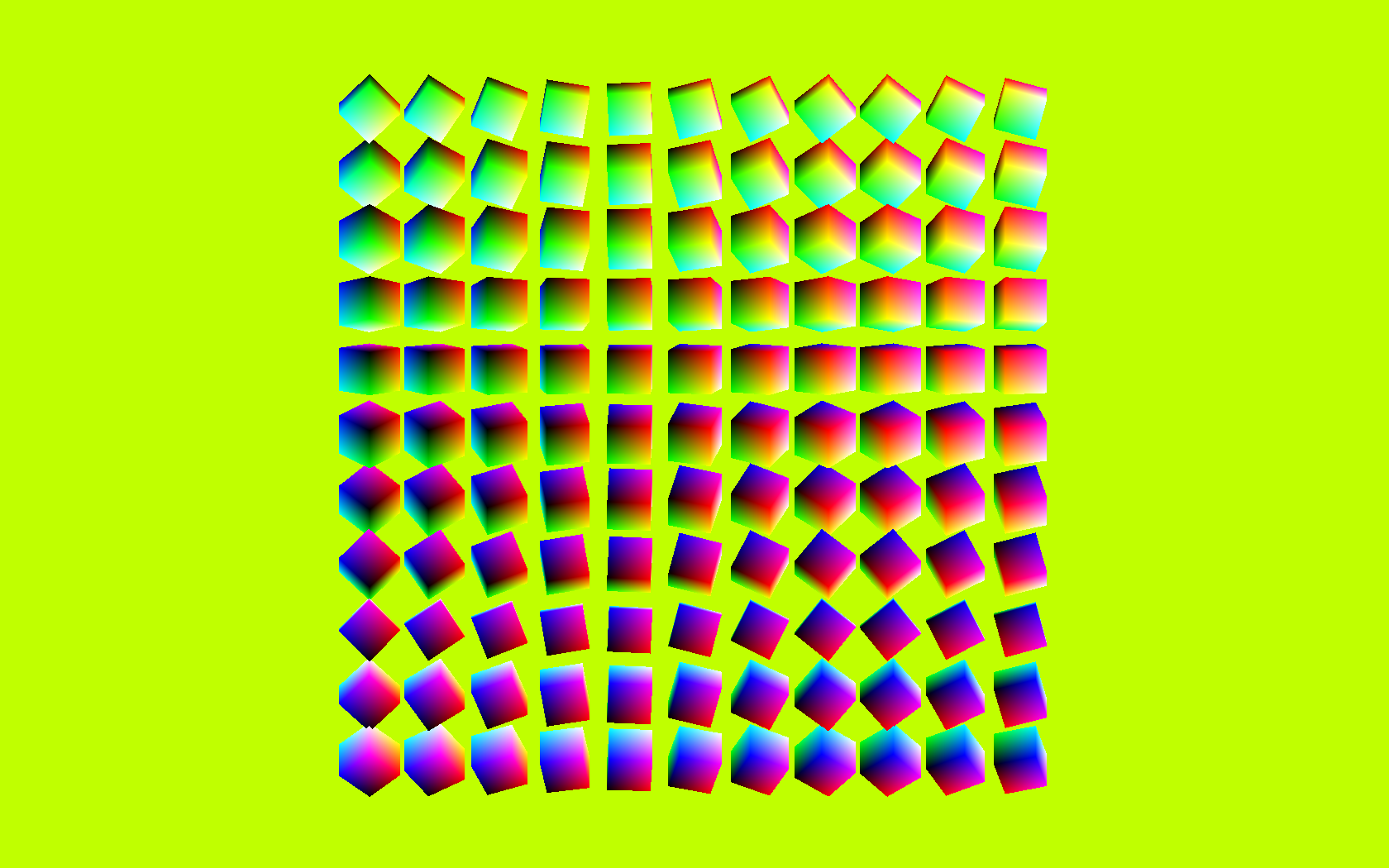 That's a simple 3D graphics demo written in Haxe that I got running on my WiiU dev kit a few weeks ago. (Some colleagues of mine have been working hard on getting cross-console compatibility working for Haxe/OpenFL).

Although it may not look like much, there's a powerful framework sitting behind it -- it's a "black triangle" moment, and there's lots more progress under the iceberg's waterline to come.

That said, my tip-top priority is getting the DQ2 engine done so I can put DQ1HD out the door for PC, reignite interest in the series, and push forward with DQ2 content. But we are now in a position where I'm confident about our technical abilities to publish on consoles. The best part is, the tech we're using (more details on that later) should allow us to rapidly get the same progress on all the consoles, including 3DS, PS4, etc. Right now my only limitation is securing devkits for my colleagues. I haven't worked out all the details just yet, but I'm hoping to do a talk at WWX 2015, the world-wide Haxe conference, on the subject.

So this is not me promising that DQ1HD/DQ2 are coming out for WiiU on such-and-such a date, though we reserve the right to announce that in the future. For now I'm just announcing that we are technically capable of such a thing, and PS4, Vita, 3DS, Xbox One, as well (assuming I can get the kits for them). If/when we officially release a console publishing plan you'll read about it here first, and that will be the time to discuss how backers might choose what platform they want and how we'd get keys to you, etc.

Until then the plan is very much PC, PC, PC!

PS: If you think you are an Alpha/Beta backer, but lost the invite, or thought the process was confusing, just PM me on the forums, I have all the records and can sort it out, even if it takes me a little while.