Build version 0.0.30 is up on the build server for our alpha/beta/tester backers. Thanks to our new level designer's excellent tool, wavegen (as described in last month's article) we have sped up the pace of designing new levels considerably. We are proud to report that the entire game is now fully playable start to finish!

Of course, we've still got a lot of work to do. What we've done is filled out the entire map, divided everything into different regions that we plan to differentiate with art, level gimmicks, etc, and made sure that every planned level in the game has at the very least some kind of placeholder battle you can actually play. So it's playable start to finish, but still a way's away from the final design and balance we want to have for an actual fun game.

The next step is to go through and put some serious meat on those bones. Particular attention has been placed on the first phase of the game to make sure players are properly introduced to the game's unique mechanics and affordances before we start throwing challenge after challenge at them. To that end, here's what's changed as of late and where we're at:

We've removed a lot of the "town" spots from the map in favor of an always-on, on-board "shop" that's on your ship.

We're still working on item pacing, but from now on whenever new items are unlocked through progression, an indicator will light up and you can visit the always-on "shop" and see what you can now buy (craft, technically). We've kept a few blue "town" pearls on the map, and these are now meant to just signify important story locations where a battle doesn't actually occur. There'll be some cutscenes that trigger when you enter, and then you can move on.

We found a lot of mistakes in our underlying code that reported stats that aren't the same as the actual observed behavior, particularly with attack speeds and such. We've gone through and fixed those, but trying to be conscious of the fact that gamefeel is what ultimately matters. We've made some major tweaks to the speeds and stats of various enemies, and made attacker enemies more aggressive on an individual basis (and then rebalanced waves accordingly). It's likely some levels that were fairly well balanced before have been knocked out of whack a bit, but we will dial them in soon thanks to how easy wavegen makes it to recalibrate stats.

And we'll continue to add more up until our planned feature freeze.  One of the new enemy types is an "artillery spawner." This is an attack that launches projectiles that arc through the air, and spawn enemies when they land. So not only can this enemy type summon enemies, it can also summon enemies on paths that it is not itself walking along, which should be interesting.

The underlying "artillery projectile" mechanic is shared with a new type of artillery attack that both enemies, defenders, and cannons can use. The payload can be anything – an AOE attack, spawned enemies, or a patch of terrain that grants a status effect (such as sticky tar).

Our focus for next month is to tighten up the levels in the first half of the game. We'll let you know as soon as we have more to report. Thanks so much to everyone for hanging with us.

I've been trying to do too much stuff myself. So I'm getting some help! Specifically, we have recruited two new staff members, a production specialist, and a level designer/coder, to help me out. 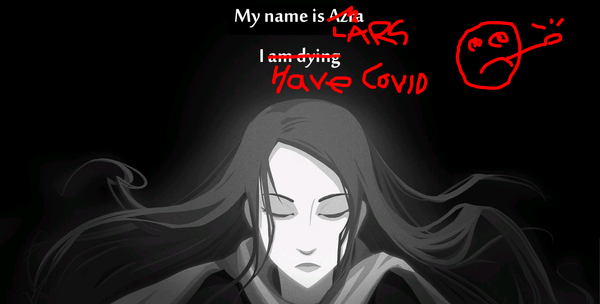 My whole family got COVID; we're all gonna be fine but it slowed us down this month.